Ukraine, Russia have to return to path of diplomacy, dialogue: India at UNSC meeting

UP: 5 SENIOR IPS OFFICERS SET TO RETIRE NEXT YEAR

Will Rahul Gandhi’s BJY ‘companions’ bond with him in politics?

Mumbai (Maharashtra): It may not have been long after the national news channel Bharat24 was launched, but it already has been creating its influence over the industry. The channel was the supporting media partner at the recently held Indian Television Streaming Awards 2022 of Indian Television Dot Com which was graced by some of the most prominent personalities of the entertainment industry. The awards night was held with the aim to felicitate different types of content on digital platforms that have been winning the hearts of people.

Talking about the recently launched national news channel during the event, Shri Jagdeesh Chandra Ji said, “Bharat24 is a new discovery in the area of news television. It is going to be the best news channel across the nation. We are progressing really fast and I have the belief that we will successfully be able to promote independent journalism and it will be a real national news channel, in all the states of the country. It will not be like any other channel which is mainly seen as NCR or New Delhi channel. We will cover the entire nation; be the voice of the nation.”

He further added, “We promote talent from all walks of life, be it journalism, entertainment, fashion. In totality, we are eager to promote talent in every area.” 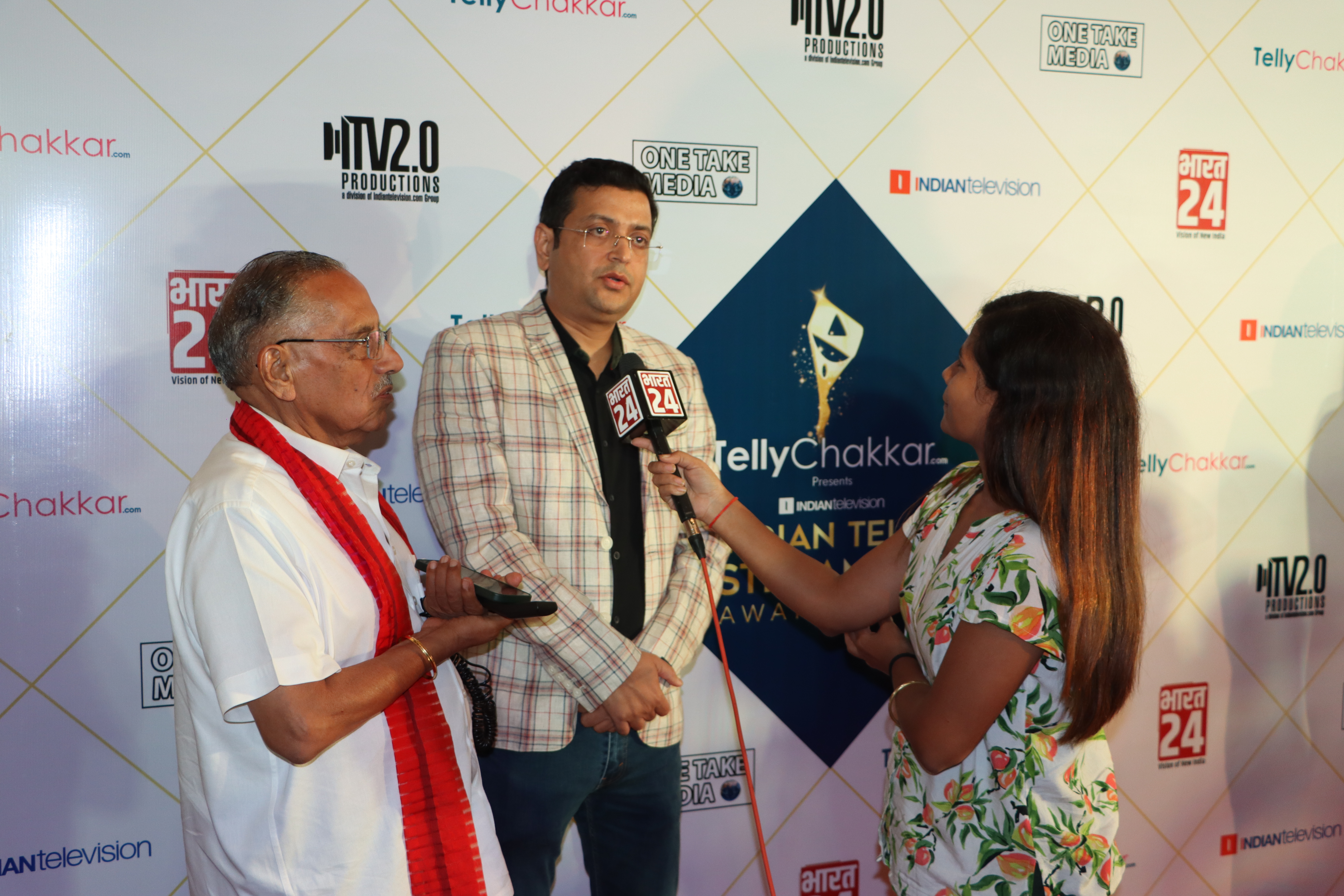 Bharat24 Chief Business Officer, Manoj Jagyasi also spoke about the channel while congratulating the winners of the award. He said, “This is the first news channel that has a network of 4000 reporters. The flow of the news is natural and uninterrupted. That is the sole reason why we are getting so much love from the people because they are getting what they want through the channel.”

Malaika addresses her marriage and pregnancy plans in new show: these things you discuss with your partner

Monica O My Darling received tremendous response from the people; Sanjay Routray is overwhelmed by the love

Kalyanji Jana : A Name Significant as the Garibo ka Actor

Ukraine, Russia have to return to path of diplomacy, dial...

TUSSHAR IN A COP AVATAR!

LEARN TO TALK WITH YOURSELF

EMPRESS OF HER KINGDOM