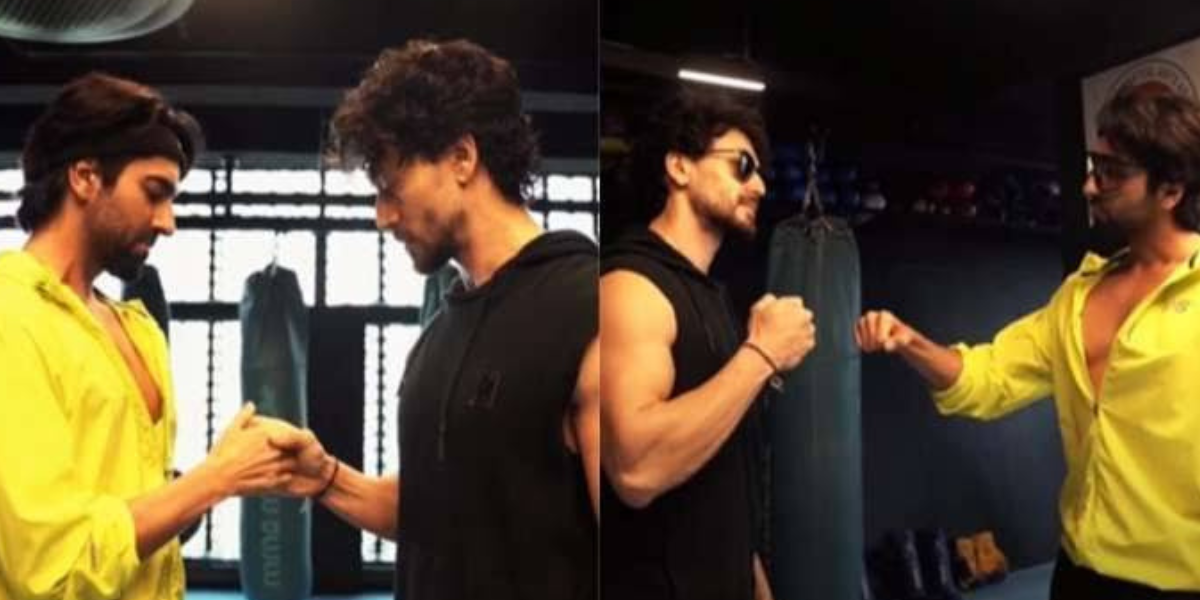 The coolest thing on the Internet right now has to be the TigerShroff vs AyushmannKhurrana.  In a video released earlier today, we get to see the two actors banter to prove who the real Action Hero is!

On one side we have Tiger Shroff, the man with amazing athletic skills and on the other, there is our very own Ayushmann Khurrana, the lead of ‘An Action Hero’ who do you think would win this fight?

The movie is said to be ColourYellowProduction’s first ever action film, the movie has managed to raise quite the curiosity and intrigue. The movie is leading up to be quite the delight to both Ayushmann Khurrana and Action Film fanatics.

Raveena Tandon reveals she had conditions for doing rape scenes

It was my dream to watch my journey video : Nimrit Kaur Ahluwalia

Everything you must know about Sid-kiara's sangeet

First poster of LaVaste Out: Omkar Kapoor Seen in a Compelling Role

Never got to do the roles that I wanted to do : Shamita Shetty

There is no shortcut to success, I earned every bit of it through d...

Traders Guruji is Promoting Inclusivity in the Indian investment Ar...