Will Kumar Pal Gautam’s entry in Excise Dept bring about the much needed reform?

BJP, RSS never hoisted the Tricolour, now they are trying to make it their own, says CM Gehlot

Your energy is infectious: PM Modi writes to Naidu

AAP govt asking wrestler Divya Kakran where she is from is an insult to athletes, the Tricolour: BJP

There will be no tolerance, says Jyotiraditya Scindia on viral video of man smoking on flight

Tricolour reflects pride of India's past, commitment of present and dreams of future: PM Modi

Vishal Dadlani responds to Vikas Khanna's tweet on 'Come Fall in Love', says the musical will do every Indian proud 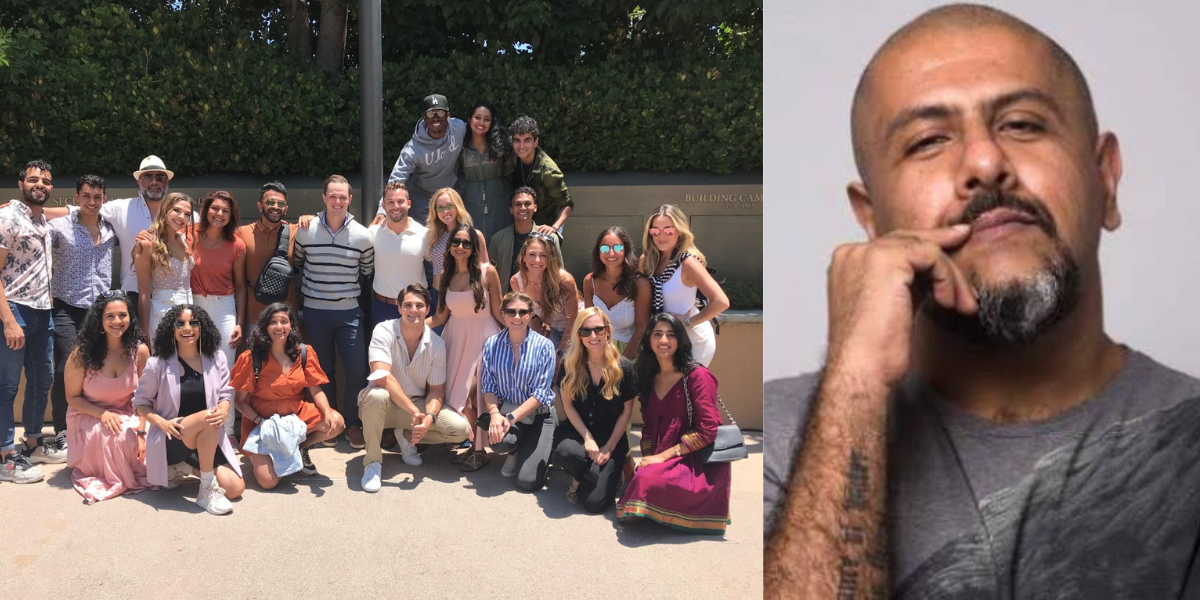 Aditya Chopra is adapting his much celebrated project Dilwale Dulhaniya Le Jayenge into a Musical Broadway titled Come Fall In Love. With this show, the YRF head honcho is trying to tell an important and relevant thing in today’s times. The show is about the celebration of inclusivity and diversity in a world that’s getting polarised and is about the celebration of love and how it can unify people and cultures and break down all barriers.

The makers of Come Fall in Love, which is premiering at the legendary Old Globe theatre on September 14, announced its cast last week. Aditya Chopra will be directing a cast of 30, which includes Shoba Narayan as Simran (Broadway’s Disney’s Aladdin as Princess Jasmine), Austin Colby as Raj Malhotra (North American Tour of Disney’s Frozen the Musical as Hans, Off-Broadway’s Jersey Boys as Bob Gaudio), Irvine Iqbal as Baldev (West End’s Disney’s Aladdin as The Sultan) in the primary roles. Soon after this announcement, Michelin star and chef Vikas Khanna took to Twitter and expressed his displeasure on Austin Colby's casting in the DDLJ Broadway, in the iconic role of Raj Malhotra, played by superstar Shah Rukh Khan in the film. He tweeted, "Raj is our childhood, youth, love & pride. Many Westerners will never understand what DDLJ means to us. I just saw HOUSEFULL show of @kiterunnerbway on BROADWAY w all colored cast. It received standing applause. Let’s not make our kids feel less on our own stage #DDLJMusical."

Reacting to Vikas's tweet today, music composer Vishal Dadlani took to Twitter and wrote, "Hi Vikas. Followed and appreciated your compassion during the Covid pandemic, so felt like I had to reply to you re: "Come Fall in Love - The DDLJ Musical". Adi, Shekhar and I hope to represent India, our culture and our inclusive ethos with pride! CFIL has two cultures, meeting as equals, thru two young people in love. The cast is rich with South Asians playing South Asian characters and India is the most vibrant and glorious character on our stage! I promise you, we will do us all proud. I'd request you to come watch our show and see for yourself. Would be great to have you there!"

Come Fall In Love has many firsts for India and Indians. For the first time, an Indian director, Aditya Chopra, debuts on Broadway. It is also the first Bollywood musical to be on Broadway. It has Vishal and Sheykhar debuting too as composers. Shruti Merchant will do her first Broadway musical as Associate Choreographer. The show champions diversity and every department from cast to technicians is a beautiful confluence of East and West as Indians and South Asian representation is at the heart of this show.

For the musical begins performances September 1 and runs to October 16, 2022, with the official Opening on Wednesday, September 14.

Sonali Bendre recalls the time she was skinny shamed

Gauahar Khan makes her Netflix debut with 'IRL- In Real Love' as a host!

Will Kumar Pal Gautam’s entry in Excise Dept bring about ...

BRING BACK CONG GOVT FOR COMPLETION OF PROJECTS: CM GEHLO...

MAGIC OF HER VOICE!

Bangladesh is not Sri Lanka yet, but price hikes, protests are worr...