Amritsar: ASI suspended after taking off clothes on duty while drunk

"Strict action will be taken against those who throw waste..." CM Pinarayi plans to make Kerala cleanest by 2025

Aaditya Thackeray challenges Maharashtra CM to contest polls against him

SCO audit institutions meeting to begin in Lucknow on Monday 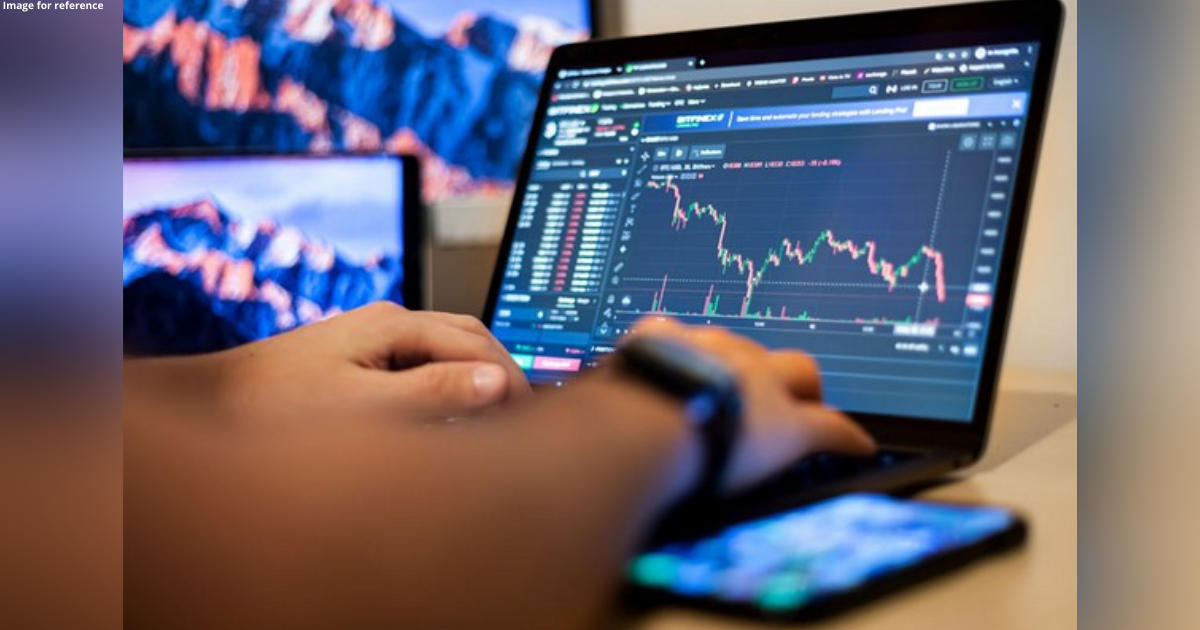 Mumbai: The markets gained on Thursday morning as the Monetary Policy Committee on Wednesday decided to slow down on the repo rate hike to 30 basis points from 50 bps. The stocks in the domestic markets faced losses for the fourth-straight sessions till yesterday. The counting of votes of assembly elections in Gujarat and Himachal Pradesh could influence the investors' sentiments today.
In morning trade, BSE Sensex was trading 32 points up at 62,443.67 while NSE Nifty was flat with 1.15 points up at 18,561.65 levels. Some of the gainers and biggest movers in the BSE 30-share index were BCG with 8.42 per cent gain, GSFC with 3.60 per cent gain and Sharda Crop with 6.19 per cent gain.
Some of the gainers in NSE's Nifty were Eicher Motors with 1.54 per cent gain, Adani Ports with 1.16 per cent gain and IndusInd Bank with 0.92 per cent gain.
The counting of votes of elections in Gujarat and Himachal Pradesh is underway which might influence investors in the country. Till now, Bharatiya Janata Party (BJP) is on a strong foothold to win in Gujarat and while in Himachal Pradesh, there is stiff competition between BJP and the Congress.

In Asian markets, Hang Seng Index and Shanghai SE Composite Index were gaining on Thursday morning while Nikkei was in the negative territory.
In European markets, Deutsche Borse Dax Index and CAC 40 Index were gaining during the morning trade on Thursday.
In American markets, Dow Jones was in the green while Nasdaq was trading in the negative territory during the morning trade.
On Wednesday, key benchmark indices extended losses for the fourth straight session, as traders sold stocks post the Reserve Bank of India (RBI)'s repo rate hike. The barometer index, the S&P BSE Sensex, was down 215.68 points to 62,410.68. The Nifty 50 index lost 82.25 points to 18,560.50.
On Wednesday, foreign portfolio investors (FPIs) sold shares worth Rs 1,241.87 crore, while domestic institutional investors (DIIs), were net buyers to the tune of Rs 388.85 crore in the Indian equity market on December 7, provisional data from the RBI showed. (ANI)

GST council to meet on February 18

Amit Verma : A celebrated name in gaming and Business

Rs 3,400 cr disbursed till Dec under Fund of Funds Scheme for start-ups

Two-thirds taxpayers likely to shift to new regime in 2023-24 itself: CBDT chief

Appointment of 5 judges to SC ends apprehensions about co...

Amritsar: ASI suspended after taking off clothes on duty ...

Subuhii Joshii: It's not that OTT actors are not becoming stars bu...

"Strict action will be taken against those who throw wast...

Centre stands firm on its commitment towards material rec...