Uttarakhand Police to confiscate property of criminals under Gangster Act

Assam: Two injured after being attacked by rhino in Kaziranga National Park

New Delhi: Congress interim president Sonia Gandhi and Senior Congress leader Mallikarjun Kharge on Sunday paid tribute to Mahatma Gandhi at Rajghat on Gandhi Jayanti.
On the 153rd anniversary of Gandhi, Congress leader Priyanka Gandhi tweeted, "Bapu is an example of truth. Bapu is the torch of courage. Bapu is a traveller of India, sharing the sufferings of the country's people and uniting the whole of India. "Today, we are walking on the path shown by Bapu with the slogan 'Bharat Jodo' on our tongue and with the determination to hold the torch of solidarity in hand," she added.
Born on October 2, 1869, in Porbandar town of Gujarat, Mahatma Gandhi or Mohandas Karamchand Gandhi adopted a non-violent resistance and was at the forefront of the freedom struggle against colonial British rule. 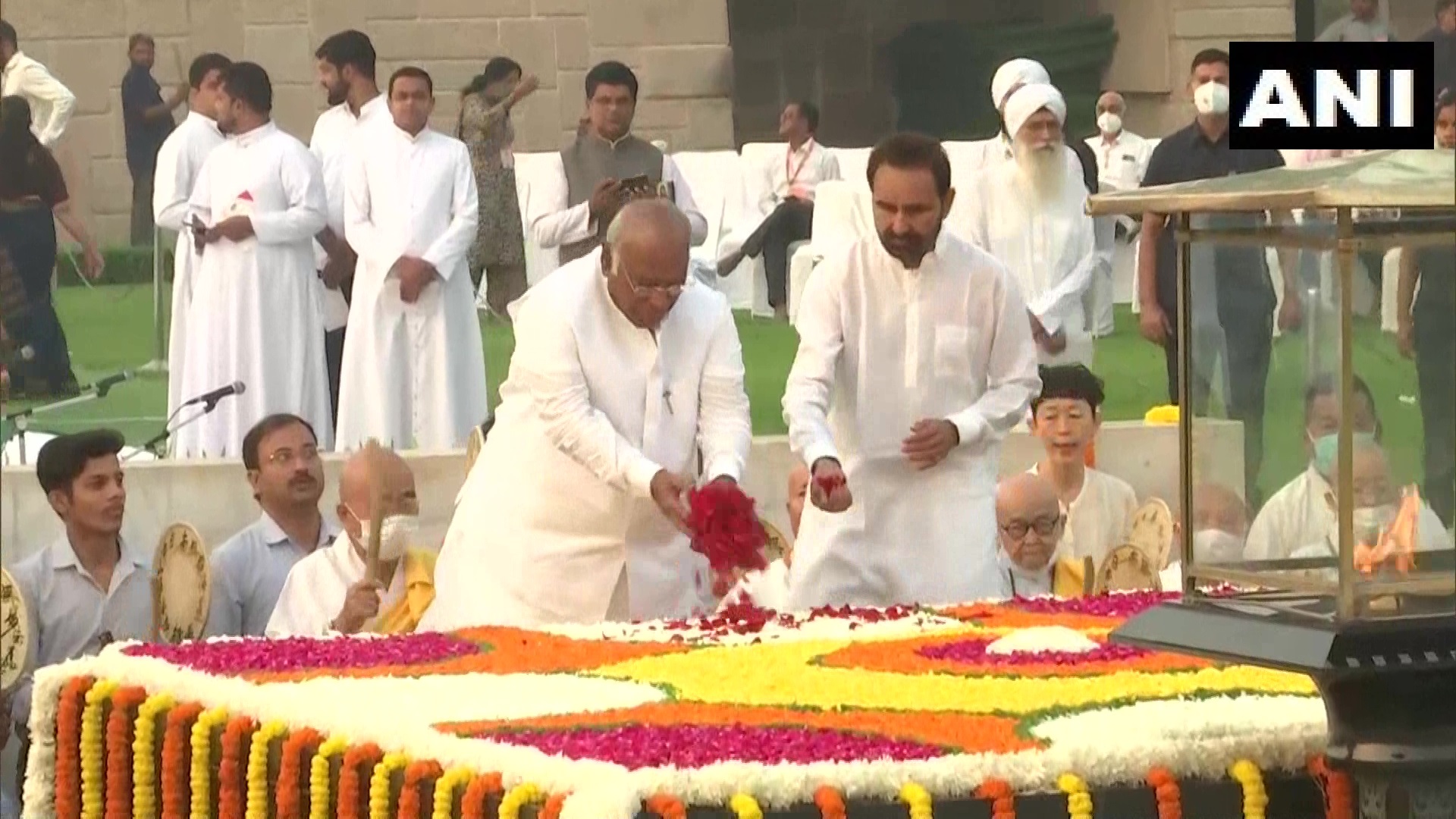 This led to India finally achieving its independence in 1947. Fondly known as Bapu, his unwavering belief in 'Swaraj' (self-governance) and 'Ahimsa' (non-violence) won him accolades across the world.
Globally, Gandhi's birth anniversary is celebrated as the International Day of Non-Violence. Several events are held in India and across the world to mark the occasion. (ANI)

Copies of Constitution to be distributed among Gram Panchayats: CM Bommai

Sangrur: Wife kills husband, dumps corpse in pit at their...

Fire in Urumqi set off public anger and questions about C...

Imran Khan decides to quit all assemblies where PTI is in...

The ongoing FIFA World Cup has an Agra connection

KONE announces expansion in Gujarat; Expands Office and Warehouse i...

AMFAH group to attend Make in Odisha Conclave for investment and ma...

NSIC pavilion at IITF 2022 a Big attraction for entrepreneurs