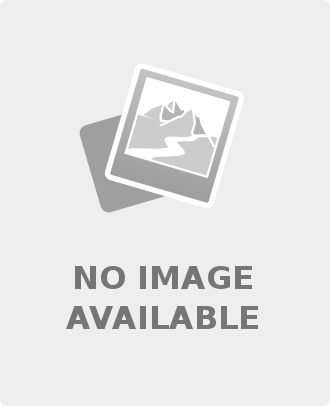 Writer and former First Lady of the US, Michelle Obama congratulated music sensations Beyonce and Taylor Swift for their historic wins at this year's Grammy Awards.

Michelle took to her Twitter handle and wrote, "So amazed by @Beyonce and her record-breaking 28 #GRAMMYs wins! Congrats, Queen Bey--album after album, your music continues to define and elevate the moment, bringing us joy, soothing our pain, and filling our hearts with so, so much pride."

She added in another tweet, "And congrats to @TaylorSwift13 on her record-breaking third #GRAMMYs win for Album of the Year! I'm so proud of all the artists who continue to use their music and talents to inspire us all."

And congrats to @TaylorSwift13 on her record-breaking third #GRAMMYs win for Album of the Year! I'm so proud of all the artists who continue to use their music and talents to inspire us all.

As per People magazine, after winning the trophy for best R&B performance for her empowering song 'Black Parade', Beyonce surpassed Alison Krauss' record and became the most-decorated Grammy-winning female artist of all time.

Knowles-Carter is now tied with music great Quincy Jones for most Grammy wins in music history by any artist, male or female.

In addition to her best R&B performance win for 'Black Parade', Queen Bey also took home the award alongside rapper Megan Thee Stallion for both best rap song and best rap performance for their 'Savage' collaboration.

Beyonce is also exceptionally proud to have won the Grammy Award for the best music video for her uplifting, self-love ballad 'Brown Skin Girl'.

The win made Beyonce and her husband JAY-Z's eldest daughter Blue Ivy, the second youngest person to win a Grammy of all time.

Also on music's biggest night, Taylor won the Grammy Award for album of the year for her album 'Folklore', making her the first woman to win the prize three times.

After winning the award, Taylor had thanked her music lovers for their continued support. "The fans are the reason we're floating tonight, and we'll never forget it," she wrote.

She previously took home the award for her sophomore album, 'Fearless' in 2010, and scored again in 2016 for her fifth album titled '1989'. 'Folklore' is her eighth album.

The 63rd Annual Grammy Awards were delayed owing to the ongoing Covid-19 pandemic. The annual show shifted from its original January 31 broadcast to March 14. The ceremony honours musical artists, compositions, and albums across 84 categories.

Though usually held at the Staples Center, this year's festivities took place at the Los Angeles Convention Center.

The nominations for music's biggest night were announced on November 24, 2020. The legendary Beyonce topped the list of having the most nominations this year -- amassing nine nominations in the process.

Since the pandemic, a number of award shows have been postponed and later revamped due to COVID-19 restrictions. (ANI)

Actress Jacqueline gets BRUTALLY trolled for her hypocritical view on cosmetic surgeries; Netizens say, “Now she has all kinds of..."

Matthew Perry aka Chandler Bing from FRIENDS reveals why he has not watched the show yet: I was taking 55 Vicodin a day

Pashmina Roshan urges fans and followers to donate in support of girl education, spends time with young girls in Vrindavan

"This is not how people in high positions should behave",...