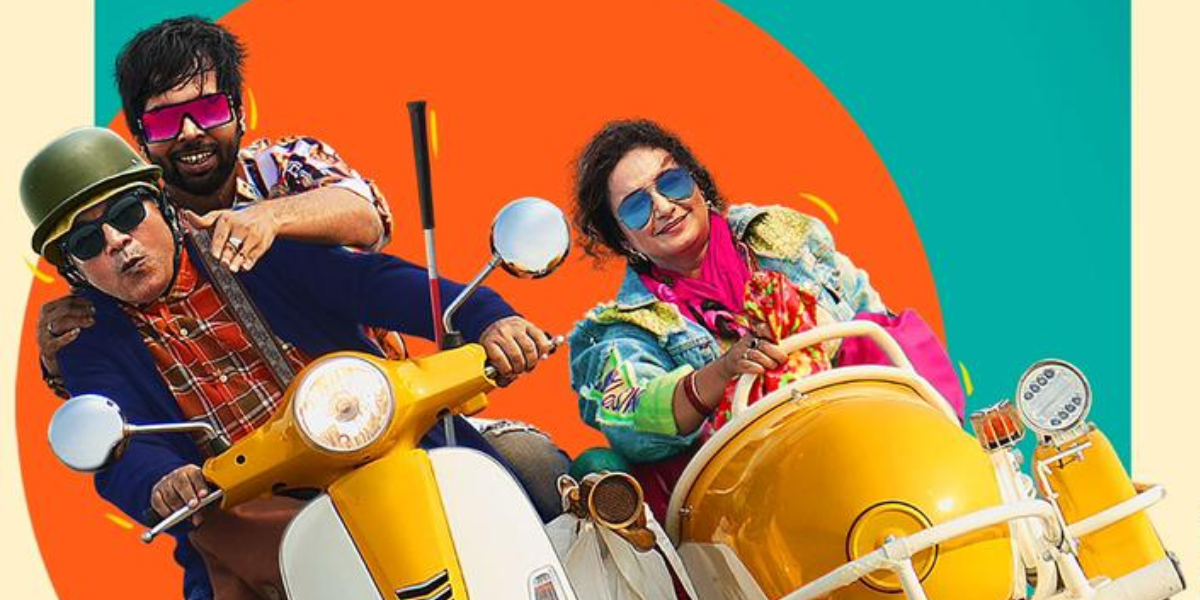 T-Series and Kathputli Creations Production come together for a comedy- drama ‘Nazarandaaz’ starring the finest talents of industry including Kumud Mishra, Divya Dutta and Abhishek Banerjee. A fine direction by Vikrant Deshmukh, the film is all set to hit the big screen on 7th October, 2022. 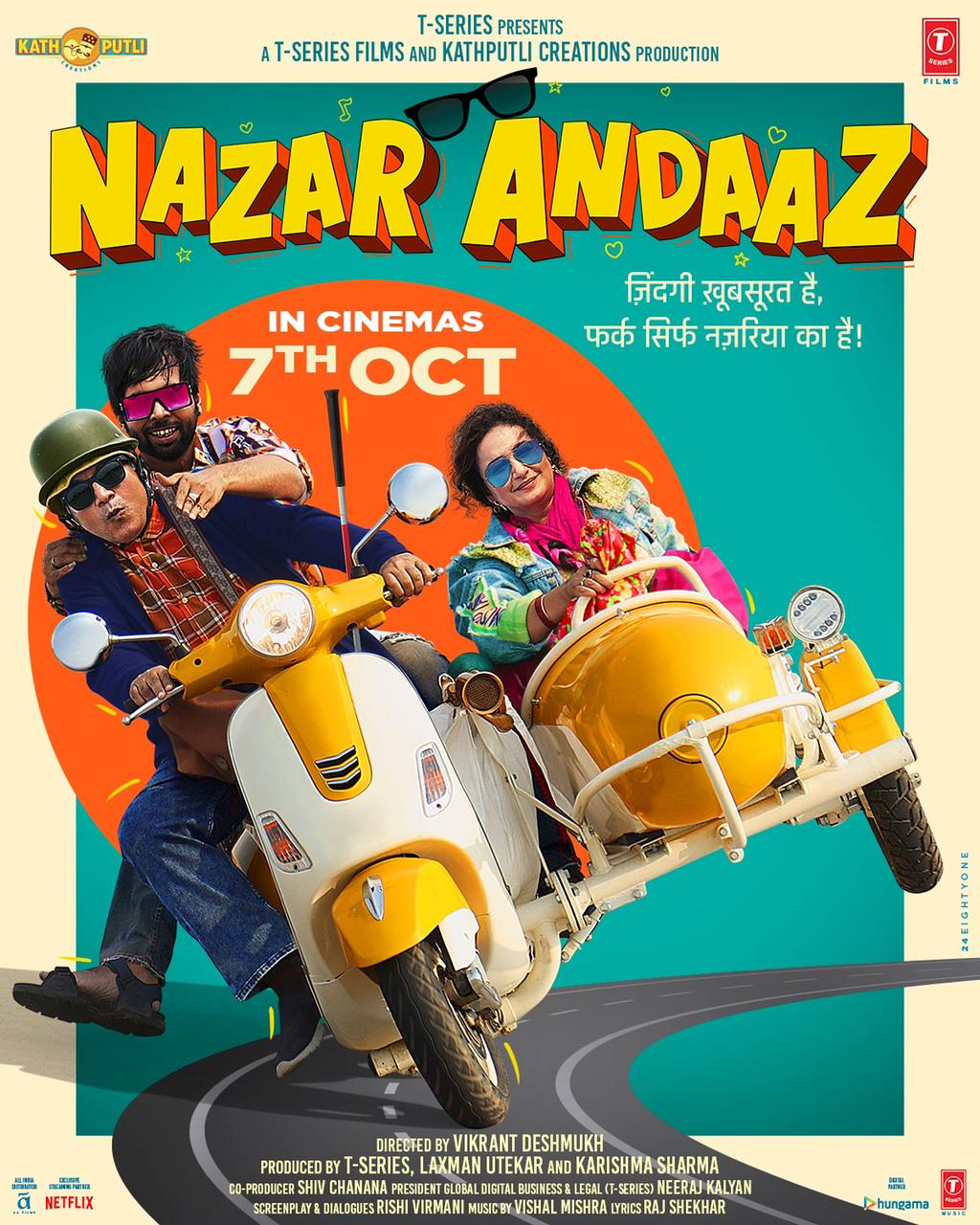 The makers finally revealed the first look of the film today with its poster, showcasing Abhishek Banerjeee and Kumud Mishra in a two-wheeler with Divya Dutta in the side car. ‘Nazarandaaaz’ is a comedy film that will take you on a ride of fun and frolic with a heart touching message in the end.  With Abhishek Banerjee’s expectional comic timing, Kumud Mishra’s acting skills and Divya Dutta’s impressive performance, the film is an unusual Jugalbandi between the three actors which is sure to win hearts this October.

Laxman Utekar, Kathputli Creations Production said, “The film has a very talented cast who are excellent at what they do and I’m very excited for it. It’s also an honour to be joining hands with T-Series. I’m sure Nazarandaaz will be highly enjoyed by the audience.”

Karishma Sharma, Kathputli Creations Production said, “Nazarandaaz is a very entertaining film, and I’m really looking forward to it. Coming together with T-Series for this film is like cherry on the cake.”